Conversation about The Tulsa Race Riot of 1921 with Scott Ellsworth 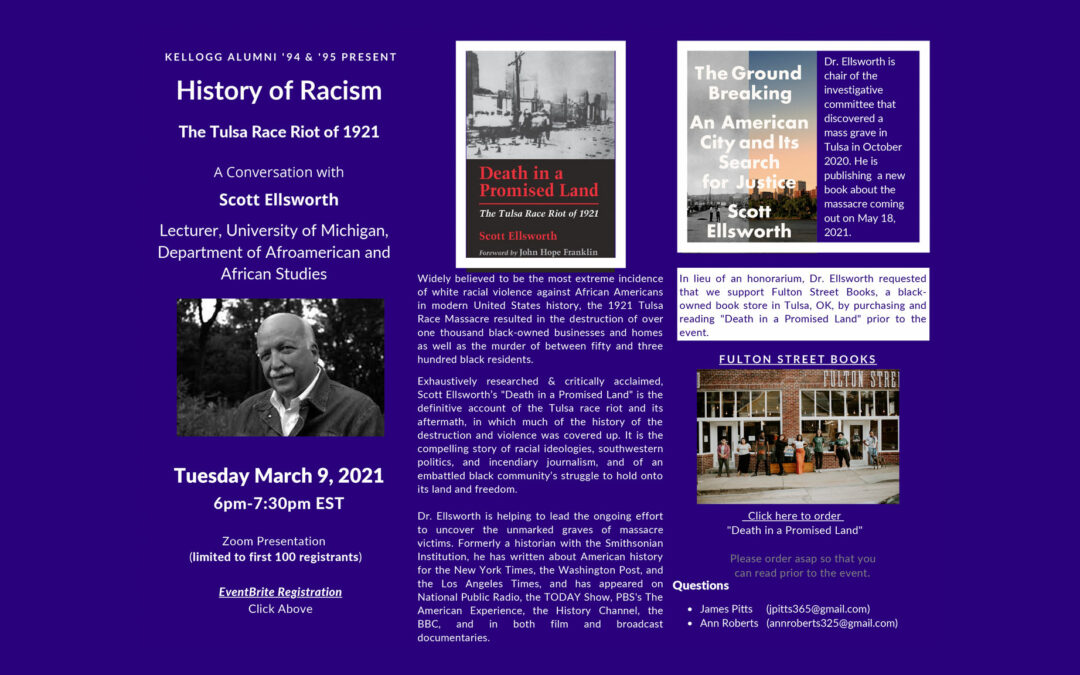 In addition to leading Incluvations, Jeannine also leads a committee of Kellogg (Northwestern University) alumni who have come together to:  Galvanize Kellogg alumni and peers/friends to understand the root causes and impacts of racism in our society so we can break down barriers (and develop/create the tools we need) and take meaningful action to address them openly and honestly.

In this spirit, she consulted with the committee which resulted in creating key workstreams. One of those is a Speaker Series featuring prominent experts in this space.

In March, they had a conversation with Scott Ellsworth about The Tulsa Race Riot of 1921:

Widely believed to be the most extreme incidence of white racial violence against African Americans in modern United States history, the 1921 Tulsa Race Riot resulted in the destruction of over one thousand black-owned businesses and homes as well as the murder of between fifty and three hundred black residents. Dr. Ellsworth is helping to lead the ongoing effort to uncover the unmarked graves of massacre victims. He conducted a highly informative, engaging, action oriented lecture with a group of Kellogg alumni recently.